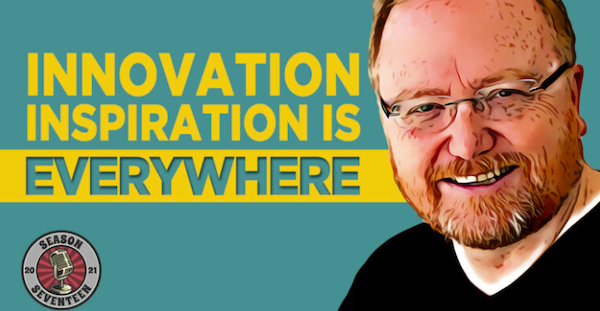 The Power of Unexpected Conversations

The first source of my innovation inspiration is unexpected conversations. I like to talk with interesting people who have different backgrounds than I do. I often do this on airplanes or at rest stops, as well as at large events like TED. My goal of these conversations is to walk away with at least one exceptional idea. I have a set of questions that I ask people in unexpected discussions, such as, "What are you curious about?" or "What innovation do you want to see come to fruition during your lifetime"?

In the 90s, my uncle owned Macarthur Fish and Poultry in the heart of Oakland. One thing that frustrated him was missed phone calls that often led to missed opportunities. During the holiday seasons, it was hard to keep up with numerous calls.

At the time, I was in the telecoms business, and I figured out that it was recorded every time a phone number was called. We decided to look up the callers' information from these missed calls and put it into emails. We would then send it to the store owner to call back, which led to more business. The product was called Imagine and went on to amass a ton of success after its launch in 1998. The success of Imagine eventually became the cornerstone of Telligent, which then grew to be a $3.1 billion business.