1
Be the first one to upvote this innovation resource!

The real story about how Airbnb was founded - Nathan Blecharczyk Co-founder Airbnb - Startup SuccessThe Airbnb story is one of persistence, determination, fear and most of all, hustle. Let’s go back to the start.

It’s late 2007 in San Francisco. Brian Chesky and Joe Gebbia just moved from New York. Without employment, they were having trouble paying their rent and were looking for a way to earn some extra cash.They noticed that all hotel rooms in the city were booked, as the local Industrial Design conference attracted a lot of visitors.The youngsters saw an opportunity. They bought a few airbeds and quickly put up a site called “Air Bed and Breakfast.”

The idea was to offer visitors a place to sleep and breakfast in the morning. They charged $80 each a night.The idea succeeded and the first Airbnb guests were born: a 30-year-old Indian man, a 35-year-old woman from Boston and a 45-year-old father of four from Utah sleeping on their floor.Soon after, Harvard graduate and technical architect Nathan Blecharczyk joined the team as the third co-founder. They faced a major problem: the site only had two users, one of them was Chesky. They initially launched at SXSW, and only received two bookings.After changing the website, the company launched again in August 2008, not long before the Democratic National Convention in Denver. The idea was to cater to the thousands of people that came to the convention, Obama supporters hosting Obama supporters. Over 600 people stayed at Airbnbs, but the success was short lived, as Nathan Blecharczyk explains.

Add Review
Be the first one to leave a review!

This video proposes two key innovation KPIs that should be used together.

Creative Thinking: How to Increase the Dots to Connect

Creativity is our ability to look at a problem and come up with a good solution to solve it. 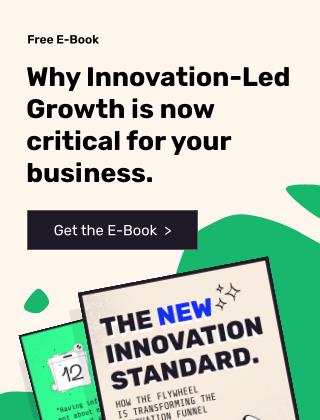