Thank you! Your submission has been received!
Oops! Something went wrong while submitting the form.
Home

What are the most innovative companies in 2020?

Since 2005, BCG (Boston Consulting Group) ranks the most innovative companies, based on their yearly survey of more than 2500 business executives (interviewing them about the current innovation trends), together with their innovation performance database of more than 1000 large companies.

But why are exactly are these companies innovation leaders according to BCG's ranking? Is it their new products? Or their approach to topics like climate change? Even though there are many different rankings from companies such as fast company, including innovative  businesses around the world such as Luckin Coffee, Stitch Fix or the Walt Disney Company, we have taken a closer look at the top five businesses in the Boston Consulting Group's list and deep dive into what differentiates these committed innovators from their competitors.

Apple has made it back to the top of BCG's list!

Founded in California in 1976 by Steve Jobs and the engineer Steve Wozniak Apple has fundamentally transformed the consumer electronics market. With the well designed, affordable Macintosh personal computer in the 1980s, Apple started their success story. They later revolutionized the way people listen to music with their iPod and also with the iTunes program in 2001 and disrupted the mobile phone industry with the iPhone. The strong focus on design in all parts of the user experience had distinguished the company from many competitors and had let to an iconic status.

So what makes them different and more innovative than any company on the list in 2020? One main aspect is their unique integration of hardware and software. While many companies buy off-the-shelf chips from suppliers, they design their own computer chips and optimize them for Apple's own operating systems, which leads to a great performance. With all their innovations, Apples stays customer-centric and creates intuitive products and services that make people's lives easier. This user focused approach is deeply rooted within their culture, which makes innovation seem easy. Also, another aspect of design thinking is a big part of their culture: experimentation. The whole product development can take a long time because Apple really tries to implement as much customer feedback as possible.

Also, if you think Apple is only in the Smartphone and Computer industry, you are wrong. Their advancements in artificial intelligence are stunning and are used for example in the application "CareKit", which aims to transform health care. Using all of this data, Apple also moves into financial services with Apple Pay, where users can pay in stores or online and can even send and receive money from friends and family.

Who? For people not that familiar with business or the tech industry, Alphabet might not ring a bell.

But Google? The holding company that was established 2015 to house Google and many other businesses is based in the united states and is crazy innovative thanks to its many endeavours into different areas. Alphabet is a leading company in the research and prototyping of self-driving cars and owns the daughter company Waymo for this purpose. The innovative aspect is thereby not just the technology but also the open and collaborative way Alphabet is operating. Over the years they worked with several car manufacturers and even with the ride-sharing company Lyft.

In general their strategy seems a big part of Alphabet's success. They start a new venture in a promising area, grow it together with partners and then turn it into one of their subsidiaries. This business model, implemented by Larry Page and Sergey Brin, is based on a restructuring process that was meant to leverage Google's diverse ventures into value-creating businesses, rather than side projects. Next to self-driving cars, Alphabet has ventures in the area of cybersecurity, internet services using high-altitude balloons, drone technology and many more. Their so-called "Moonshot Factory" thereby plays a big role: this research company tries to solve some of the world's hardest issues. Also Waymo, the autonomous car company started as a Moonshot project.

Even though Alphabet has many very visionary ventures, they also constantly improving existing businesses. This focus on both incremental and disruptive innovation is crucial, especially for such a big business with more than a million people they have as customers all around the world.

Jeff Bezos and Amazon are being hyped for a reason.

You might say, Amazon is just an online store, but wait a minute. What has once been the world's biggest bookstore, where people just put a couple novels in their digital shopping carts, has changed into a huge and diversified online marketplace for electronics, software, video games, apparel, furniture, and even food delivery. From the very beginning, Amazon's value curve has focused on several key differentiators, which include an extraordinary convenience, instant access and a comprehensive selection. These core principles continue to be in the focus when Amazon creates new offers for customers to receive good even quicker (e.g. Amazon Prime or in the future "Prime Air" for drone delivery). A core innovation that integrates the principles of instant access and convenience was also the dash-button for one click ordering!

Additionally to this huge only store and a broad variety of convenient services, Amazon is going into different product and service areas that can also be connected to its existing offering. For example, they are now also providing an AI assistant (Alexa) that can be used to operate in the online marketplace and much more. All of their operations are becoming smarter and they bring the platform business model to the next level. And still, many innovations are connected to the cornerstone of the business: books: Audible for example gives you a subscription where you have access to a vast amount of book summaries (both as audio or to read). Also the kindle was a breakthrough innovation, enabling people to just take one device with them instead of several heavy books.

Using all the customer data they possess, Amazon is and will also in the future be able to offer value providing products and services to its customers in any country around the world. They are definitely one of the companies with the richest set of customer data in the world and know very well how to leverage this data to create smarter solutions.

Microsoft seems to be a cool and openminded company now!

While some years ago Google was well-known to be an amazing employer, where employees have all kind of perks, can play table tennis and have chill-out spaces, Microsoft has invested heavily to also develop this creativity-enhancing corporate culture. They developed a way more open-minded culture, both towards employee but also towards customers. For example, Microsoft is now a company that strongly focuses on inclusive design to enable the millions of people around the world who may require additional assistance due to being differently abled (like the Xbox Adaptive Controller, that is meant for people with limited mobility).

Their cultural openness and inclusivity is also visible on social media, where for example in 2016, they ran the #MakeWhatsNext campaign where young girls describe why they love science. The campaign was meant to increase gender equality in scientific fields and has been viewed more than 14 million times over the year.

Another key to Microsoft's innovativeness is also, similar to Apple, their willingness to develop key hardware products instead of only focusing on Software. Innovative notebooks like the Surface Studio are then combined with the newest Software Technology. Additionally, there is a strong aim now to empower all of this technology with Artificial Intelligence (AI). Microsoft has already published thousands of research papers on AI and is planning to integrate as much of this research as possible into their products and services.

For example, they have built an AI-powered supercomputer with the purpose to train the company's AI models:

Samsung is today the largest smartphone maker in the world.

But they are also much more: Samsung has a heavy industry company (building, for example ships), a construction company, a life insurance company and much more.

This diversification is definitely part of why they are perceived as being so innovative. Nevertheless, we want to focus on their Electronics company, which is what we all think off when we hear of Samsung and which does an extremely good job in being innovative and pushing new solutions into the market. Samsung was the first company to introduce curved display technology, they push innovation in smartphone cameras and they set a high bar for water resistant smartphones. While they are often not the first company to come up with a new feature themselves, they are a real innovator in the sense that they take promising features and make them big.

Another big part of Samsung's revenue are semiconductors. While you might not know what this is, semiconductors are needed in any electronic device for an efficient control. With this nanotechnology, Samsung aims to be at the heart of many technological developments such as 5G, AI or edge computing. Their goal is to provide the infrastructure that other technologies then build on (https://news.samsung.com/global/samsung-showcases-its-latest-silicon-technologies-for-the-next-wave-of-innovation-at-annual-tech-day).

So what do Apple, Alphabet, Amazon, Microsoft and Samsung have in common? Yes, three of them start with the letter A. Other than that, they are tech companies to some extent. Even Amazon, which would maybe not be directly labelled as one, they integrate more and more technology into their services. All of these companies put a lot of money and time into R&D for new applications of technology and come up with innovative solutions which often combine online and offline / software and hardware elements. Last but not least, it seems that all five put a lot of effort into understanding what their customers want, in order to provide additional value for them.

Keep on reading and learn more about innovation. 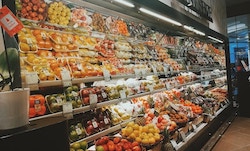 Get insights into how big companies create new products and change industry directions based on a strong customer focus. 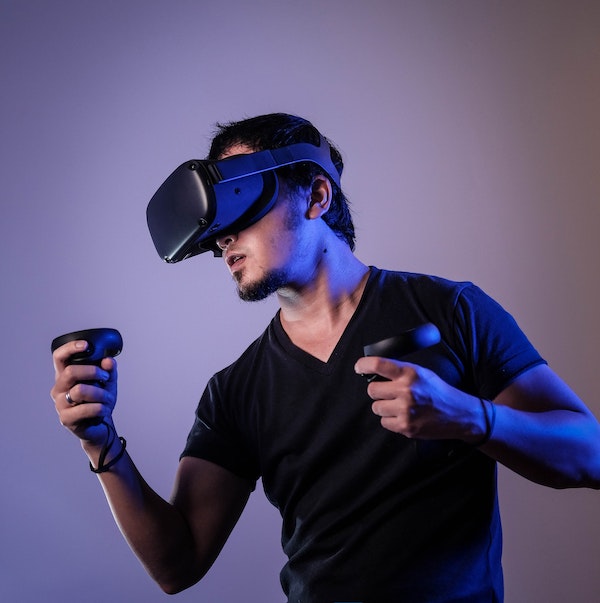 Are you looking for some great product innovation examples? Or some examples of green innovation that help to make the world a better place? Check out this list of inspiring novelties. 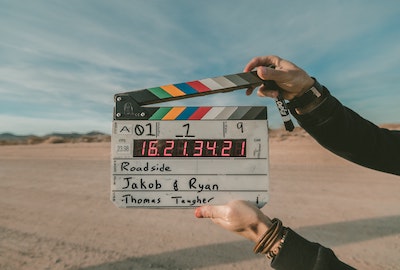 The 10 best innovation videos of all time

What are the best innovation videos ever recorded? Really Good Innovation has analyzed YouTube videos related to Innovation in order to find the 10 best (most viewed) videos.